Emunah Australia is an affiliate of World Emunah, the international organisation that supports Emunah projects in Israel.

Emunah is a leading Israeli social action and welfare organisation, founded in 1935. It provides lifesaving services to more than 10,000 individuals and families at risk including infants, children, adolescents, adults and senior citizens.

Emunah runs homes for children who have been removed from their families, emergency shelters, women's advocacy and therapy centres.

During the current pandemic, Emunah has stepped up with additional support and resources for people whose lives have been turned upside down, maintaining 24-hour care in their children's homes and facilitating distance education.

In the past year, Emunah Australia has undergone a generational handover. In November 2019, a group of young women from Melbourne and Sydney was fortunate enough to visit Emunah in Israel, thanks to the World Zionist Organisation investing in the future of Zionist causes around the world. In Israel, these women visited a range of facilities and saw firsthand just how life-changing Emunah is.

Emunah Australia is a  registered charity with DGR status.

The new Events Committee in Melbourne is raring to go!

Sydney is also experiencing a revival and has lots to offer!

Become apart of an amazing team and cause! 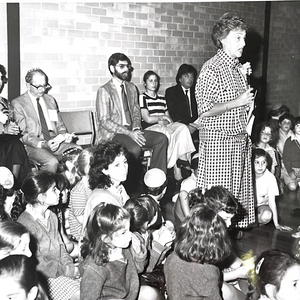 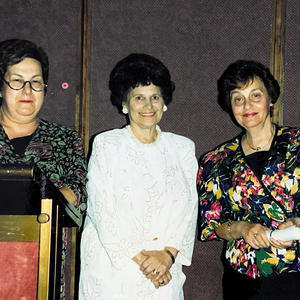 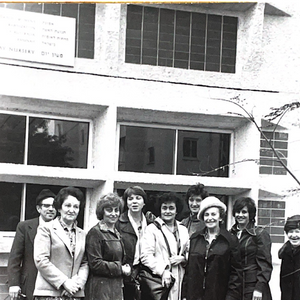 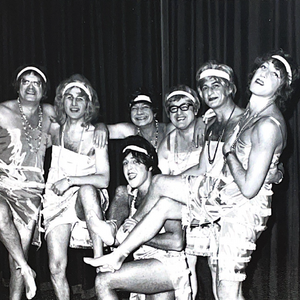 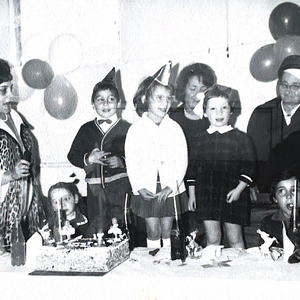 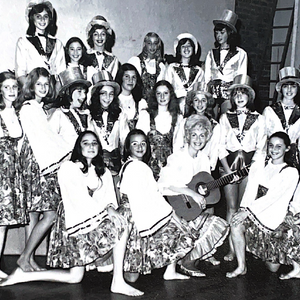 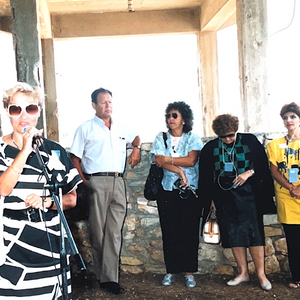 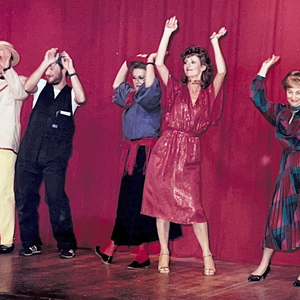 As told by long-term supporter and member, Elaine Bloch

My involvement in Emunah, which was then known as Ladies Mizrachi, dates back to the late 1950s when my mother AH was the founding president in Sydney and Rachelle Leibler AH was the founding president in Melbourne. The Melbourne group was called Yavneh and was actively engaged in fund raising, the most notable of which was the honey project which involved group members banding together to fill and distribute small jars of honey for Rosh Hashana. Later, gift baskets were also a Rosh Hashana project.

At that time I and many of my friends were young mothers with small children, but that did not deter Rachelle Leibler from approaching me to preside over a second group which we named Aviv. Our mission was twofold. Firstly to raise funds for the same types of charitable causes which are still supported by Emunah today. The second initiative was education which we developed through various means including shiurim, an annual education day with an intense program of renowned speakers, and cultural evenings throughout the year.

As this was all well before the technological era all our fundraising efforts were very hands on. We catered all our functions and had to be very inventive to compete with all the other worthy Jewish causes which flourished at the time.

We did in fact have the very first pre-wedding party in Australia and that was quickly picked up by many other organisations, as was another initiative of ours which was New Year greetings in the Jewish News.

Other popular activities included distributing candles for Chanukah, the Junior Set through which novelty Haggadot were sent to children in return for donations made on their behalf, and joint children’s birthday parties at which the children would forgo their presents in favour of donations.

We also had a very popular and well attended annual lunch, jumble sales, and of course the Purim Spiel, which even back then included all sections of the community and was our big fundraiser. Large sums of money were also raised through gala dinners which honoured prominent members of the community.

As the years passed the name of the organisation was changed to Emunah in line with the name change in Israel, and several more groups were formed with varying degrees of success. Projects which were introduced back then and survive to this day include the annual calendar, b’diktat chametz kits and Purim cards.

Progress brings change and it was difficult to keep up in the new digital world, but thankfully the new, young and enthusiastic women who in recent years took over the reins brought Emunah into the forefront of Melbourne Jewish life. I thank them for their vision and applaud them for their dedication, and I wish them success for many years to come.